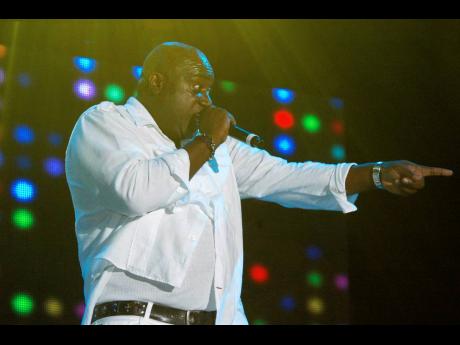 Having just gone viral with a proposed plan to tackle crime in Jamaica, veteran dancehall and soca artiste, Admiral Bailey, says he remains focused on his music. His latest project is a full-length album and noted that he is not here for what he describes as the "tight pants music".

"Music is always my first thing. I am working on an album with solid songs. I can't sing the tight pants music; the one and two-month songs... I can't manage. We need back the music that have a long shelf life, not just mek noise for a month. I am taking my time with this album. I am not rushing it," he stated.

He acknowledged that while the younger generation of dancehall artistes need to do music that will leave their own mark, he is all about quality over quantity and everything else, and pointed fingers at music producers, disc jocks and the media for the steady decline in "good music".

"The young boys a fi dem time now and dem a do dem ting, but quality music still have to be made. And it start with the producer, because if you as a producer can't guide the artiste then you are not a good producer, and you are to be blamed for the poor quality of the music being released," the Big Belly Man singer emphasised.

Admiral Bailey explained that his target is Europe for the release of the album, because "what we change the music to, Europe don't want". Europeans, he opined, still have a deep appreciation for the original reggae beats, flow and lyrics.