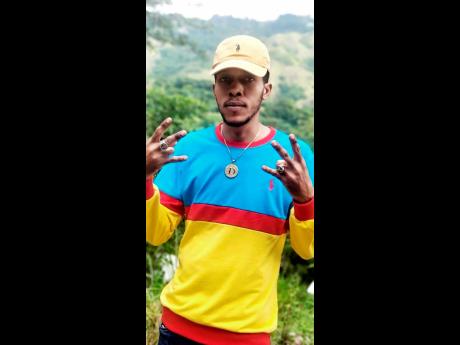 Produced by Dappa Don Entertainment and Dalla Beats Music, the track was officially released on January 1 and is featured on the Orison rhythm.

"The song is really about betrayal and not being able to trust people around you because they don't know the meaning of love any more," the artiste explained.

The accompanying music video was released on January 3. According to the artiste, this may be the track that catapults his career forward.

"Honestly, I'm hoping for this song to be a hit both locally and internationally and for the world to know my name and the talent I possess," he said.

Like most other creatives, Stryka Dan has been grappling with the ongoing pandemic.

"I haven't been able to perform at any live shows or go to events and parties to promote my music like before because of COVID. So it's been a setback for me, just like with every other musician, but I'm pulling through," he stated.

Through it all, he has still kept the momentum going and has worked on several new songs during this time.

"I try to keep my music unique by adding a futuristic flow and melody, keeping the vibes up always. That simply means Stryka Dan is the future of dancehall music," he stated.