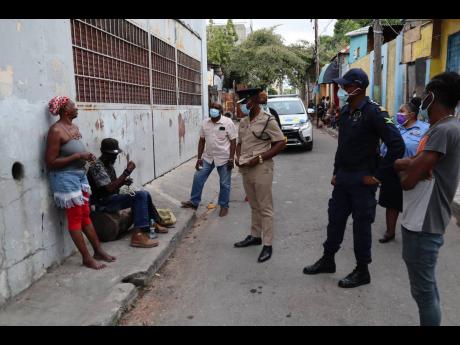 More women are now directly involved in criminal activities in Fletcher's Land, which has accounted for five of the seven murders in the Kingston Central Police Division this year.

This, according to the division's commanding officer, Superintendent Berrisford Williams.

"Their involvement was confined to washing clothes, to putting up their boyfriends. But now they have extended their reach to one, being instigators, to the persons almost taking over from their men, to be the one standing on the corners, to making the calls to alert their criminal colleagues about the movement of their rivals, the police and the persons they want to target," Williams said.

He was speaking to several community members at a meeting at the Fletcher's Land Community Centre on Tuesday. Williams said that the recent flare-up of violence is a result of a split in the Taliban gang.

"Last year, Fletcher's Land was one of the top performing stations in terms of murders, but this year we have started on a bad footing," Williams added. Seventy-nine people were killed last year in the division, however, Williams said that he and his men are determined to significantly reduce those numbers and has stressed the need for cooperation from citizens.

"Criminality cannot thrive in any community without criminals having support from at least some of the citizens in the community. So, the criminals operating the space are your sons, and let me not confine to your sons, your daughters, and I specifically say daughters because in all the discussions that we have had, and we have had many leading up to this evening, the point has been made about the involvement of females in the crime challenge that we are having," he said.

Speaking to members of the religious fraternity, he cautioned that some of their congregants jumping in church are being 'bitten' by their sins.

"You are the right persons I want to talk to because you can get the message across. You have the power to speak to your sons and daughters about cutting this crime," he said.