Deejay killed in confrontation with cops 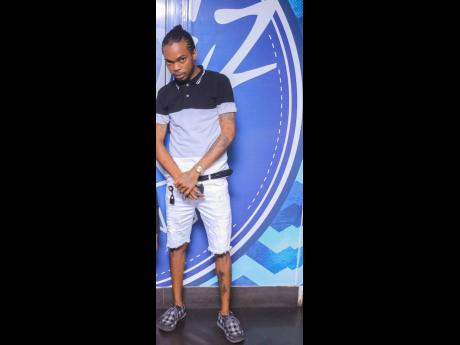 The family of dancehall artiste Jerome Todd, who was shot dead by police during an alleged confrontation on Monday along Windward Road in Kingston, is dismissing the lawmen's claims that their relative was a major violence producer.

The police's Corporate Communications Unit reported that a 9mm pistol with a magazine containing three 9mm rounds of ammunition were removed from the scene when the shooting subsided. However, the relatives are adamant that the 24-year-old, otherwise called 'One Krome', of Tiverton Road in Rockfort, Kingston 2, was killed in cold blood. They also said that Todd, who days earlier had become a father for the first time, was on his way home from a music video shoot for his single Miss Mi Bredda, when the incident occurred. The filming was being conducted on the day a memorial event was being held for his friend, to whom he dedicated the song.

A relative of Todd told THE STAR that he was excited to get a child of his own having spent years playing the role of a father figure to his nieces and nephews. As she experienced a heavy feeling, she said she begged Todd multiple times not to go out.

Another relative said that contrary to reports, Todd was no wrongdoer.

"Dem a say him a don and him a dis, and how much times him name call pon shootings. A must one different dead man profile dem a give him because Jerome is nothing like that. Ask anybody inna Base1 and dem will tell yuh bout him," the relative said.

The matter is currently being investigated by the Independent Commission of Investigations and the Inspectorate and Professional Standards Oversight Bureau.