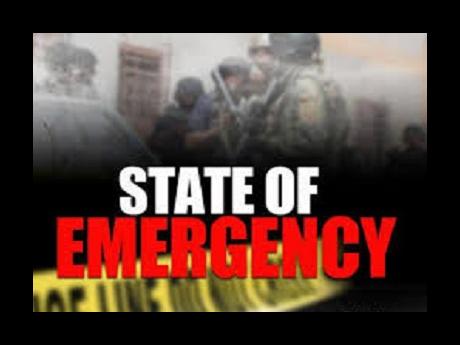 KINGSTON, Jamaica, Nov 25, CMC – Jamaica’s private sector and civil society groups say they are in support of the moves by the government to extend the until January 14 next year, states of emergencies (SOEs) in seven parishes amid concerns that the opposition would not be supportive of the measure in the Senate.

Parliament earlier this week gave the green light for the measure even as Opposition Leader Mark Golding, described the strategy that the government said is needed to curb crime as “unconstitutional

The motion to extend the SOEs will be debated in the Senate on Friday, but the government would need the support of at least one of the eight Opposition senators in order to extend the measure.

In a joint statement, the private sector and the civil society groups say they are supportive of the extension of the SOE and is urging “the Senate to pass the extension on the condition that the Government addresses outstanding key issues, critical in achieving full Opposition’s support until January 14, 2023, in the select parishes where SOEs were declared on November 15, 2023”.

The groups which include the Private Sector Organisation of Jamaica (PSOJ), the Jamaica Chamber of Commerce (JCC), the Jamaica Manufacturers & Exporters Association (JMEA) and the Jamaica Hotel & Tourist Association (JHTA), say that since the declaration of the SOEs on November 15, “we have seen murders decline significantly nationally, and in the parishes where the SOEs were declared.

“Nationally, the data shows 63 murders being recorded the weeks before the declaration of the SOEs. Data shows that 12 murders were recorded in the first week of the declaration of SOEs. This is a significant decline,” the groups said, noting that within the parishes and specific zones where SOEs were declared murders have recorded a dip from 21 for the period November 7th-14th to six from November 15th-22nd.

They said also that it is necessary for the SOEs to be extended during the Christmas period, noting that Jamaicans across the “length and breadth of the country are living in a state of fear and anxiety and consider the crime situation a chronic crisis.

“While the use of SOEs to contain the current surge of crime and violence is not a long-term solution, it has demonstrated its effectiveness in reducing murders.

“We recommend that these emergency measures be employed over the Christmas period as a surge in criminal activity is the norm during this time as criminal elements look to rob, extort, and murder, to increase ill-gotten gains.”

The groups said that both the leadership of the police and the army recommend the extension of SOEs to mitigate the loss of lives.

“This temporary measure, we anticipate, will ease the constant bloodletting, and enable law abiding citizens to enjoy the holiday season.

“We agree that SOEs should not be a routine measure in normal times but believe that the trend in recent months suggests that we need additional measures now to disrupt criminal networks as soon as possible in order to reduce violent crimes and murder.”

In his contribution to the debate in the House Of Representatives, Golding brushed aside what he described as Prime Minister Andrew Holness’  “very animated performance” during his hour long contribution, adding that it was “worthy of an Academy award”.

Golding said the repeated use of SOEs since 2017 has “been a subversion of our constitutional order which I don’t support as it is inconsistent with my parliamentary oath”.