‘Sharpe set to become one of world’s best’ 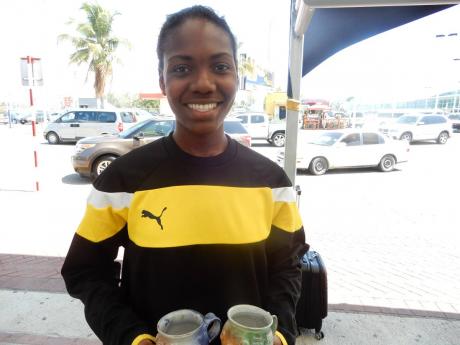 Vice president of the Jamaica Cycling Federation (JCF), Adrian Clarke, is confident cyclist Llori Sharpe will develop into one of the world's best female riders and win medals at the Olympic Games.

Clarke said the 21-year-old former triathlete, who was recently contracted to ride professionally in Europe with German club Canyon/SRUM, has the personal attributes to lead her to success

Clarke, who coached her while she was based locally, said the talented athlete who left the island last Sunday has always displayed the sort of the attitude and discipline that can help her climb to the pinnacle of the sport.

"We know she will do well, we have no doubt. She is very focused and professional, a very hard worker.

"With her attitude and personality, she is just a consummate professional, dedicated, disciplined, hard working and based on her personal attributes, I expect her to be successful," he said.

"I have no doubt she will be an Olympian and win Olympic medals. She will become one of the top stars in cycling for sure," he confidently stated.

Sharpe, who had difficulty securing a Schengen Visa from the local German Embassy, had to go through the Spanish Embassy to get her travel documents to Europe. He said it is unclear why the German Embassy declined to grant Sharpe a visa. He praised the Spanish for coming through for her.

"The Spanish Embassy didn't hesitate to give us the visa and we want to say a big thanks to them," Clarke said.

The Schengen Area consists of 26 European countries (including Germany and Spain) that have officially abolished all passport and all other types of border control at their mutual borders.

"She arrived last Sunday and started training on Monday and everything is going well," the JCF vice president said.

"Her team is German but they are not based in Germany, they are all over Europe. She is now in Mallorca, Spain, but she will be going to Italy and France and all over Europe, so she would need a Schengen Visa," he added.

Meanwhile, Sharpe said she is glad to put the visa ordeal behind her and is looking forward to great things.

"I'm just glad I made it to the first training camp and got to start my season on a good note.

"So far, I'm really enjoying myself. My teammates are truly amazing and the staff are warm and welcoming.

"It's still the early season, so the sessions thus far have been primarily endurance-based. I am just excited for all that's to come but I truly aim to perform well for my team whilst making Jamaica proud," she added.