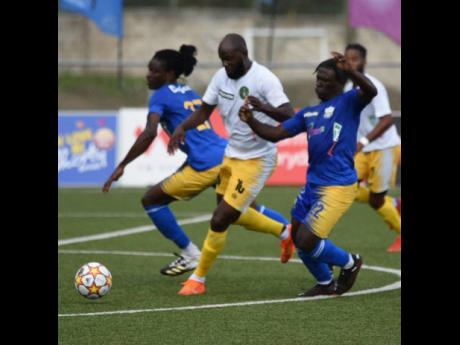 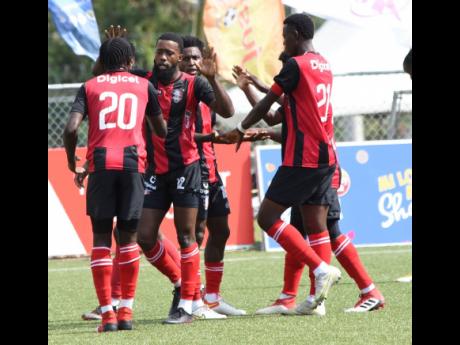 Still searching for their first win of the Jamaica Premier League season, Molynes United's head coach Garnett Lawrence says that he is slowly starting to see signs of improvement in his team's play despite one point from their first two games against two of last season's play-off teams

Molynes' first two games have been against teams that made the postseason in 2021, Harbour View and Vere United yesterday. Lawrence says that they acquitted themselves well despite the results, with their control of possession a step up from last week.

"We looked at them (Harbour View and Vere) and we knew that we did our best in the two games. Although we lost this one, I still take a lot of positives from the young lads. We just have to know that this is one of the things that we have to learn. It was a bad loss but we played well. So now you have to get back on to the engines and keep running," Lawrence said.

"The game that we drew against Harbour View we didn't (make) 10 passes. Today we possessed the ball. So we just have to keep moving. Unfortunately, it is going to be in the season, but we are not going to get relegated, so we know that we can improve here."

However, he said that Molynes could not get around Vere defensive wall yesterday after conceding and this ultimately doomed them.

"They were very mean on the defence. We possessed the ball but I think we needed to possess it more in the final third," Lawrence said.

Vere United assistant coach Rudolph Stennett said they were taking it one step at a time.

"Right now we are setting short-term goals. Everyone wants to be in the finals. For now, we are going to take it one game at a time. For preseason, we didn't have any practice games. So the more we play, the better match conditioning that we are going to get and you are going to see better performances," he said.

Meanwhile, Portmore United were beaten 2-1 by Arnett Gardens in the early game of the double header. Shai Smith gave Portmore United the lead in the seventh minute but goals from Ronaldo Cephas (14th minute) and Kimani Arbouine (44th minute) guided Arnett to their first win of the season.

Portmore United coach Lenworth Hyde Hyde said that they were not competitive enough in the duels but said that his team will need time to adjust as they hope to contend for the title this year.

"As you are building a new unit it is going to take time and we will be patient with them and continue working," Hyde said.

"The way that we won, we managed the game much better than we did last time. It was one of the things that we wanted to improve on," Eric Rademakers, the Arnett Gardens assistant coach, said.