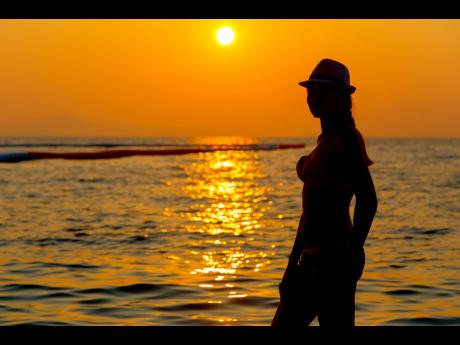 I am in my late 20s and I am having a problem. Four years ago, I fell in love with a man. He was living in the United States.

He told me that he was in real estate and he came to Jamaica because he was interested in buying a property here. He gave me the impression that, if he could buy a few apartments, he would leave me in charge of them.

I thought I had hit the jackpot. He rented a car and took me everywhere. At the time, I was just breaking up with a boyfriend I had, so I was glad to meet this man. I spent a week with him at the guest house he was staying at. The only strange thing is that, whenever his phone rang, he would go to the bathroom to answer it and he would ask me not to say anything.

The name he gave me was not the name he registered at the guest house. I found that out because the young woman who came to tidy the room asked for 'Mr so and so' when she knocked on the door. He told me all his relatives live in the US. He said he was married but was divorced. He said that his ex-wife was born in the US and her lifestyle did not suit him.

He wanted to marry me and I told him the relationship was too young. Before he left, he gave me an engagement ring. I wanted him to meet some of my relatives but he said that, if I did not marry him then, he was not interested in meeting them. I begged him to meet my mother and he agreed. One of my brothers was at the house when I took him to meet my mother. After he left, my brother told me that the man is a conman.

Pastor, from the time he left, I have not heard from him. Whenever I called the number, it was busy. I called every day. I was never able to get him. I told my brother that he was right. My brother tried the number and did not reach him either. I went to the guest house but they refused to give me any information. They behaved as if they didn't know who I was talking about. I only got a small amount of money from this man and I was with him for over a week. I don't know how some men can be so wicked. Please give me your advice.

Your brother was correct. The man is indeed a conman. He lied to you and gave you the impression that he had money. He told you that he was here to invest in property and you believed him and I can understand why.

He was staying at a guest house, he was driving a car that he rented and he probably had credit cards which he used when he took you for dinner. For a whole week, you stayed with him. However, I think you were naive. Whenever this man's phone rang, he took the calls in the bathroom. That should have aroused suspicion, but then you probably thought that he wanted privacy and you didn't want to question him.

I am sorry that this man has used you and you can't find him. There are many men who have done similar things to our Jamaican women. Many have come to Jamaica and got married to Jamaican women and, after they leave, the women have not heard from them. These guys are very wicked. To impress some of our Jamaican women, they spend heavily by using their credit cards. They also make big, empty promises. I have only mentioned that to tell you to be very careful in the future. He did not get you pregnant, but I hope that you have gone to the doctor to make sure that he did not pass on any STD to you.

Don't waste your time trying to reach this man. Even if you were to reach him, he has no obligation to you. I hope that you are working. He gave you an engagement ring. I hope that it is valuable. You can't return the ring to him because you don't know where he is. Perhaps you could go to a jeweller and ask him to value the ring. If it is valuable, you probably should sell it if it is in good condition. Take care of yourself and I wish you well.

Other Tell Me Pastor Stories