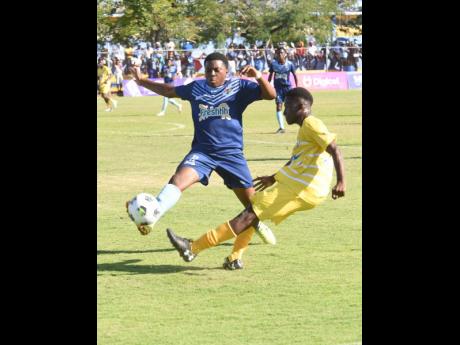 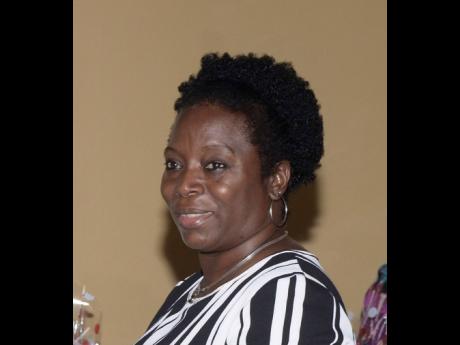 Garvey Maceo principal, Erica Ewbanks, says the team's clinching of the ISSA/WATA daCosta Cup serves as motivation for the school's students to venture into sports and other extra-curricular activities.

Ewbanks was speaking to STAR Sports during on-campus celebrations with the trophy in Gimme-Me-Bit, Clarendon, yesterday.

"While we are ecstatic, we are cognisant of the fact that sports is a part of our culture," she said. "In our motto, it says, 'Excellence in work, study and play,' and we have excelled in play, and we are taking notes that persons who might not be academically inclined, can excel in sports and can make a livelihood from that."

Ewbanks says the camaraderie that schoolboy football performances evoked among community folk could be a deterrent to crime in the parish.

"We engage in youth development and I'm sure that while they are occupied in these sports, it will engage them in such a way that they won't have time to be thinking about joining a gang for example, and we have found that students in the institution, sometimes they look at these sporting stalwarts in the institution, and want to be like them," Ewbanks said.

Referencing Glenmuir High School, the recently named top traditional high school in the country, and Edwin Allen High School, who won the ISSA/WATA Ben Francis Cup last Friday, as well as former daCosta Cup Champions Clarendon College, Ewbanks said, "We are celebrating together. The Clarendon parish is the top parish in Jamaica. We are proud that we have the top school academically, and we are proud that we have the top schools in sports and in the non-traditional area we have topped that side."

Ewbanks is now looking ahead to the Olivier Shield match against ISSA/Digicel Manning Cup champions Kingston College on Saturday, and she is confident her school will take the title.

"For us, it's a lifestyle, we have been winning. The Olivier Shield will be ours," she said.